Great But's in the Bible 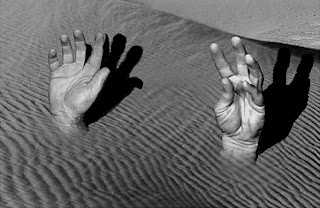 So a few years ago I heard Chuck Swindoll say that he wanted to preach a series titled "Great But's in the Bible", but he didn't think it would go over well in his church. Of course I could hear the laughter from the audience so I think it would fly!

Needless to say, now when I see a great "But" in the Bible it makes me chuckle a little bit. This Sunday I am continuing our study through Acts and lets just say I chuckled to myself when I read Paul's words, "But it happened that as I was on my way..." (Acts 22:6). Maybe not so funny in plain reading, but it caused me to laugh--even though this is no laughing matter.

Let's back up. Paul has been detained for his safety as the non-believing Jews were attempting to kill him. He is being taken up two flights of stairs to enter the barracks when he asks the soldier if he can speak to the crowd. The soldier allow this. Well, Paul then shares the history of his life in Judaism--his pedigree, education, zeal, and much more. But everything changed that fateful day on the road to Damascus when Paul met Jesus.

Elsewhere Paul wrote another great "but" in Ephesians 2:4. After describing our totally hopelessness in our sinful state he says, "But God, being rich in mercy, because of His great love with which He loved us, even when we were dead in our transgressions, made us alive together with Christ..."

Here Paul was living his very religious and righteous life thinking he was blameless according to the law (Phil. 3:6) yet he was totally dead (spiritually separated from God). All the while, God is relentlessly perusing Paul to redeem him from this death. There is a lady in the Old Testament that describes God's pursuit of us with beautiful imagery, "For we will surely die and are like water spilled on the ground which cannot be gathered up again. Yet God does not take away life, but plans ways so that the banished one will not be cast out from Him" (2 Sam. 14:14).

When was the last time you considered your own life in relation to God's pursuit of you? I ran and rebelled against God for years and years. Unfortunately it took a number of events that brought me to the place where I felt as though I was water that had been spilled on the ground--helpless and unrecoverable.

But God. Two of my favorite words: But God. He intervened in my life. He allowed me to stray so far in order that I might trust in Him. I am thankful for His patience towards me (as described in 2 Pet. 3:9). I don't like thinking about where I would be right now without the "But God" moment in my life, but I know that I am where I am only because of Him.

Maybe you haven't believed, but know that God is chasing after you in love. I pray that you would experience the "But God" moment in your life today!
Posted by Gunnar Hanson at 8:32 AM

amazing. I love this.

this little word 'but' ... should always cause us to stop and take note ... paying great attention to what came before ... and what comes next!
Your articles are much appreciated brother.
Peter B
McGregor, Ontario, Canada

Charles Evans, America's secretary of state(1920) asked his interpreter a summarized translation of what was being spoken in Spanish but only every word after the speaker says BUT. Yes when we see but especially with the phrase "but God" we should pay attention. I personally have countless a but God moment in my life. Thank you for this. may the God of wonder increase the BUT... in your relationship with Him and with his son Jesus Christ.
Be blessed!!
Tensae G Douglas