Last Thursday I had the treat of officiating the marriage of two of my very good friends Dave and Kacey Langat! I am so happy for them. I have been praying that God would bring Dave a godly woman for many years--He did! There is much to the story, but all I want to share is that God delivered in a might way. If you are single and desire to be married, trust and honor God...He will provide in His timing!

Anna's mom spent the morning with Grace, so Anna and I decided we would spend the day at the movies...a double header (Anna's first time). We saw "An American Carol" and "Fireproof."

The second movie was amazing. If you are married, I HIGHLY encourage you to make plans and take your spouse on a date. My suggestion: See the movie, then go to dinner! This movie will encourage and motivate you in powerful ways.

I love my wife so much and am so thankful for her. She is a great wife and mome...God has blessed me indeed!
Posted by Gunnar Hanson at 8:43 AM 0 comments 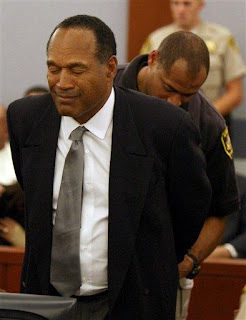 There is much that can be said about OJ. One aspect that hit me today, especially in the wake of my studying Ecclesiastes, is that OJ had it all. He was an extremely gifted athlete and made tremendous amounts of money.

His football career opened the door to Hollywood, where he made a few movies--The Naked Gun, probably is most notable (in my humble estimation). None of this remembered in history...for the murder trial and now this conviction will certainly leave a huge mark on his memory.

The lesson I am taught is that money and fame will not satisfy what only the Creator can. We try so hard to fill that void in our hearts with stuff--booze, drugs, material stuff, work...but in the end it rarely satisfies.

I hesitate saying that OJ has totally wasted his life. You see Jesus longs to redeem him. Hopefully OJ will meet his Maker while he spends some time away...

May OJ's example teach us all a valuable lesson: Don't waste your life!

Posted by Gunnar Hanson at 7:47 AM 0 comments

In Search of Hapiness 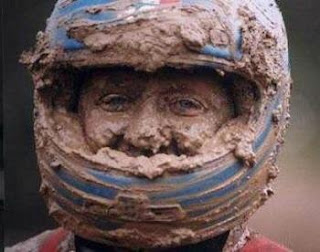 Happiness. We all seem to seek it, but few know where it is found. The presidential campaign, along with the media, seem to paint the picture that Americans are, in large part, unhappy. Is this true? I suspect it is for the most part.

In preparation for preaching through the book of Ecclesiastes, I have been studying up through reading the book itself along with commentaries.

In David Jeremiah's book "Searching for Heaven on Earth", he cites some fascinating information. CNN recently reported on the "Happiness Index" which found that these countries have some of the happiest people: Nigeria, Mexico, Venezuela, El Salvador, and Puerto Rico! The USA came in 16th place, Australia 20th, and Great Britain 24th! Anything seem odd to you with this report? Apparently, wealth has little connection to happiness. I believe Dennis Prager has been saying this for some time on his "Happiness Hour."

Okay, so your response may be similar to the father in "Fiddler on the Roof", "Then may the Lord smite me with it [wealth]!" I concede, I too have had similar feelings about desiring wealth. Don't we all? We chase, succeed a little, then realize we are no happier then when we began.

It seems happiness is a byproduct of something greater. John Piper has suggested that happiness is essentially obtained as we are most satisfied in God. I am finding that this is true in my life. My prayer is that I don't get off track and seek the pleasures of this world to satisfy my longing for happiness that can only be fulfilled in Christ Jesus.
Posted by Gunnar Hanson at 8:58 AM 0 comments