How Majestic is Your Name!

Last Sunday Valley Baptist Church began a new series through selected Psalms. We started with Psalm 8 as the psalmist considers the magnitude of God in light of creation, in comparison to the smallness of man.

The Psalm begins and ends with this phrase:

O LORD, our Lord, How majestic is Your name in all the earth, Who have displayed Your splendor above the heavens! (Psalm 8:1)

I don't know about you, but I love the outdoors. When I am outside I feel close to God. I think this is because the world in which we live points us to its Creator (Psalm 19:1-4 and Romans 1:20). It is in these moments I find myself in awe of God our Creator.

From the mouth of infants and nursing babes You have established strength Because of Your adversaries, To make the enemy and the revengeful cease. (Psalm 8:3)

Jesus quoted this verse in Matthew 21:14-17 when the leaders were indignant towards the children who were proclaiming Jesus' deity. I think the point here is that God often, if not always, uses the weak to display His power!

When I consider Your heavens, the work of Your fingers, The moon and the stars, which You have ordained; (Psalm 8:3)

The naked eye can see about 3,000 stars, we the invention of telescopes we have discovered so many more. I don't know about you, but looking out in the sky at night totally peaks my curiosity. In these moments of pondering, I realize how small we are in light of creation. A few years back an email circulated some pictures that helps demonstrate our smallness. Here they are just in case you missed them: 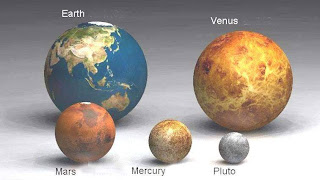 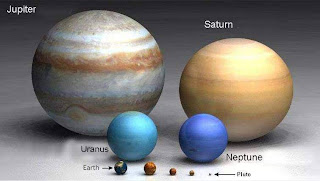 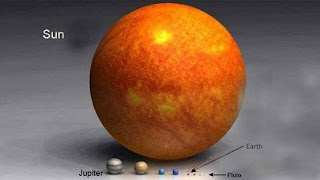 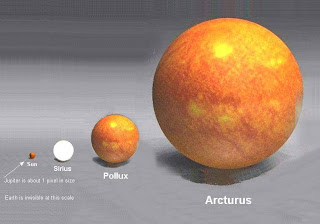 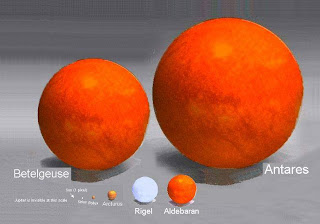 I spent my youth (K-12) in the public school system that taught the Theory of Evolution as the primary understanding of where we came from and where we are going. Quite frankly, this was pretty discouraging to think that I was just a random being as a result of some cosmic explosion billions of years ago. Seriously, have you ever laid asleep at night pondering life prior to your existence, or following your demise? Under the Theory of Evolution it is down right depressing.

Also, from a scientific perspective I think the theory is pretty foolish. Seriously to ponder the earth we live in, the great details of everything for us to live. Percentage of oxygen, temperature, the exchange of carbon dioxide and oxygen between plants and creatures. Truly there are too many to list on this simple reflection blog...but I just can't buy "science's" theory on how we came into existence, the value of our life, and our destiny after this life. There are so many inconsistencies within their teaching.

But back to Psalm 8. David in looking at the magnitude of creation realized how awesome the Creator is relation to humanity.

What is man that You take thought of him, And the son of man that You care for him? Yet You have made him a little lower than God, And You crown him with glory and majesty! (Psalm 8:4-5).
David realized that God's creation is far greater than man is able to comprehend, yet understood that man is created in God's own image (Gen. 1:27). We as humans are different and set apart from all other creation!

You make him to rule over the works of Your hands; You have put all things under his feet, All sheep and oxen, And also the beasts of the field, The birds of the heavens and the fish of the sea, Whatever passes through the paths of the seas. (Psalm 8:6-8).

I am a San Diego Zoo member and have been for a long time. I love the Zoo and Wild Animal Park, but there are times when they absolutely infuriate me. During the summer, one of my favorite things is to go to the "Night Time Zoo" and see the show. This year I practically wanted to walk out because of their rhetoric. I have no problem caring for the earth, but I have a huge problem when we worship the created instead of the Creator. We have responsibility to care for the earth, but only because God has given us this responsibility. Furthermore, only He is worthy of our worship! David recognized this special role God has given us, resulting is his final statement:

As I reflect on this Psalm, two major points come to mind:

1. God is so awesome. He is Creator of all. Our brain is to small and finite to comprehend the magnitude of God's creation...let alone Himself!

2. Yet, He has considered us. He love you and me so much that He sent His son to redeem us from our fallen state. He has given us a special place in this world.

These thoughts lead me to worshiping Him with my whole being!
Posted by Gunnar Hanson at 1:01 PM